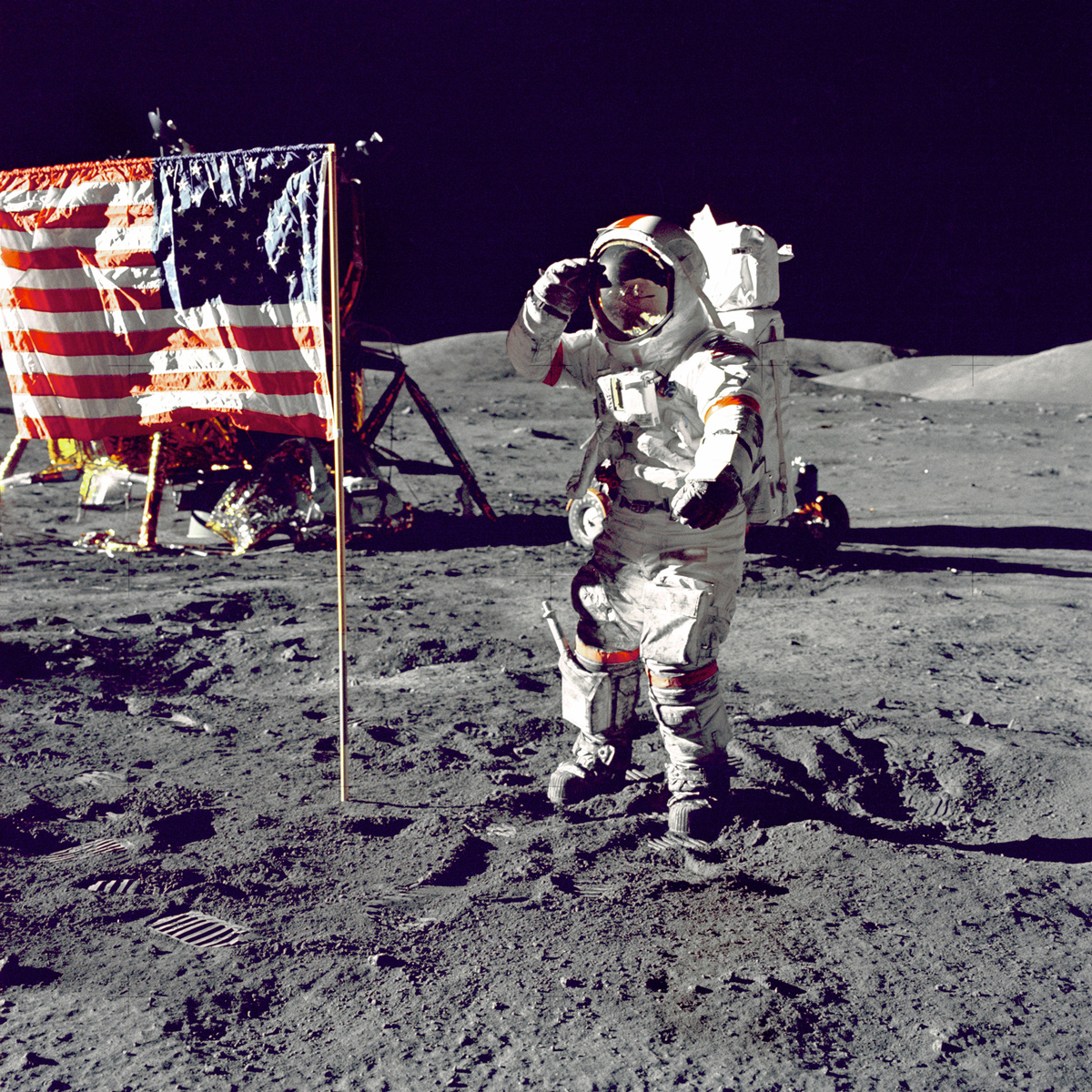 “If you’re inquisitive about life and about the world around you, then space is the ultimate adventure.”
Richard Branson

Exploring Space and the Universe through STEM, History and Play

Space and the Universe spans so many areas of learning – Science, History, Knowledge and Understanding of the World, Shape and Measure, Art, STEM, role-play and imagination. Space is a current hot topic, buoyed by Tim Peake’s recent Soyuz spaceflight to the International Space Station. Adding to the intrigue is the space race between entrepreneurs Richard Branson (of Virgin Galactic) and Elon Musk (Space X), among others, to put the first space tourist “out there”. Exploring a future beyond our atmosphere is well and truly taking off.

The 50th Anniversary of the first manned landing on the Moon in July 1969 will propel us back in time; fuelled by the atmospheric crackle of black and white footage and reruns of past Space Missions. Viewing Neil Armstrong and Buzz Aldrin take those first, now famous, footsteps from the Eagle module onto the Moon, whilst Michael Collins patiently waits in orbit for them, will trigger questions and amazement from children.

“That’s one small step for (a) man, one giant leap for mankind.”
Neil Armstrong

Involve family members in your child’s learning. Ask grandparents where they were when they heard the news of the Moon landing. Develop a concept of time, grandma as a girl reading the headlines. This is a wonderful opportunity to share your own personal history with children.

The book A Galaxy of Her Own: Amazing Stories of Women in Space, by Libby Jackson, presents 50 women who have made significant contributions to the progress of Science and Space. Reading about individual endeavours and discoveries informs but, more importantly, it opens possibilities and hopes. As is the case with Helen Sharman, a chemist who was the first British astronaut (male or female!) in Space when she visited the Mir Space Station in 1991. Her story shows what can be achieved when you have a dream and work hard to fulfil it. 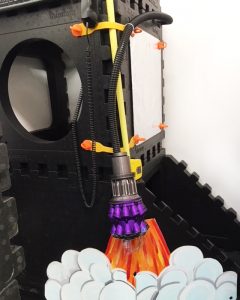 Tim Peake, the first British European Space Agency (ESA) astronaut, travelled to the International Space Station, spacewalked and ran a marathon on a treadmill in Space. His engaging and accessible communication of tales of training for zero gravity and life aboard a space shuttle opened the concept of Space to a new generation. Watching on the television, with my family, his re-entry into the atmosphere and his landing in Kazakhstan spawned curiosity and endless questions about Geography, Science, risk, wonder and careers. It inspired countless design and technology projects, including Lego and junk models, space dens and rockets, and prototype designs of spaceships and protective suits.

Tim Peake’s adventure is now part of my children’s history, an event that has had a significant impact on their young minds. They’ll share this event with their offspring in the future, who may well find it incredulous that we were restricted to holidays on Earth!

“If you’re inquisitive about life and about the world around you, then space is the ultimate adventure.”
Richard Branson

Space Tourism is looking less like science fiction and a real prospect. Richard Branson, Jeff Bezos and Elon Musk are spearheading projects to build rockets and develop new technologies to make Space Hotels the next travel hotspot. These figures, who have explored and pushed boundaries in other arenas (electric cars and hyperloop, hot-air balloons, big business), think big and dream bigger. They pursue the unexpected and almost unimaginable. They inspire through their ultimate STEM projects and advancements in the same way as Sir James Dyson and other inventors, who have really changed our lives through design and inventions (see Kitcamp’s blogs: STEM in Schools, Calling All Engineers). Such individuals inspire children to think big and dream higher.

Bring Space down to Earth 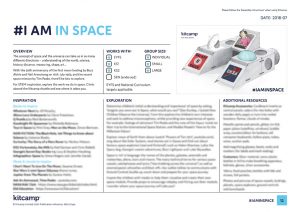 Next time there’s a headline about Space or a meteorite shower, take the time to look up and to engage children with it. Not only will Space inspire the Science and History, it will ignite creative and imaginative ideas. Learning about the World and Universe is rich material, for writing stories, creating characters, designing inventions, inspiring art.

It’s the perfect opportunity, as we say at Kitcamp, to Play. Make. Believe.

Use Kitcamp in your space project and explore our toolkit: I am in Space.