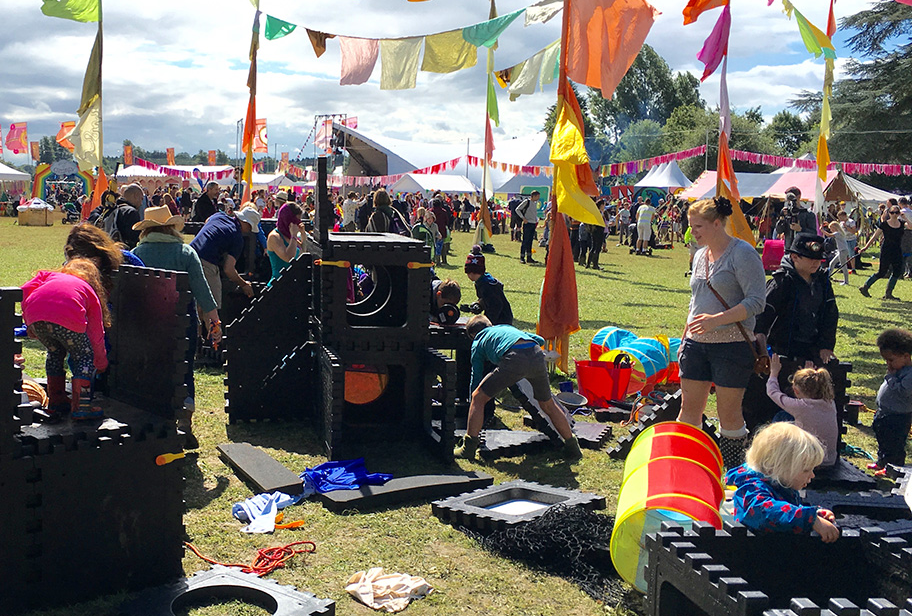 Picture the scene, the Headteacher walks in and sees busy-ness and ‘fun’ taking place in the classroom, children engaged, talking with each other, laughing or negotiating over an activity and the comment comes “this looks like fun, so good to have a play after the serious business of learning…” Or the light-hearted comment, “it wasn’t like this in my day when we did proper learning!” Or the throwaway observation, “Year 2, that’s when the real learning begins,” implying that what goes before is frivolous and unimportant.

Inside I am screaming, “Aargh, noooo! Don’t you see how engaged they are, how they are curious, exploring, interacting, enjoying, delighting? This engagement is not a fluke, this works!” Instead, I brush off the remark with a calm reply, “this is how we learn here, play IS learning!” But why is play treated as an ‘add-on’, respite, a luxurious extra, a frivolous pastime?

Why is play in children’s lives declining?

Outdoor play and PE have been squeezed as schools feel the pressure of ‘increasing standards’, curriculum cram and performance data, resulting in more instructional learning and more time spent in school. This, exacerbated by the perception, real or otherwise, of society and our streets being dangerous due to increasing traffic, stranger-danger and bullies, means that children’s opportunities for ‘free’ and boundless play are declining.  As a teacher, I have assumed that play happens at home too, but this is not always so, busy lives, urban living, parents’ jobs, activities, and general busy-ness, all contribute to fewer play opportunities, and so the need for play experiences at school is even more pertinent.

To define play may help readjust the value placed on it. Dr. David Whitbread of PEDAL (Centre for Research on Play in Education, Development & Learning) says “understanding what play is helps us to understand why learning happens.” Play is so much more than rampaging around a playground or being outdoors. If we define play as a state of mind rather than an activity or behaviour, its worth shines through. Bruner (in Moyles, 1989) clarifies, “The main characteristic of play – child or adult – is not its content, but its mode. Play is an approach to action, not a form of activity.” To enter into this state of being, or flow, play needs to have these key elements (Bruce, 2005):  it needs to be active, done for its own sake (intrinsically motivated), open-ended, sustained and spontaneous, first-hand, and freely chosen (in the control of the player)1.  Play characterised by these features leads to children becoming learners, a process that incorporates curiosity, enthusiasm, mental skills and a positive disposition towards learning (Whitebread, 2012).

Play acts as a “means for children to develop intrinsic interests and competencies, learn how to make decisions, solve problems, exert self-control, and follow rules, learn to regulate emotions, make friends and belong with others, as equals, and experience joy.”

Here are some ideas and research-based findings that reinforce the importance of play.

How to promote play.

So, how can you promote “play” in a culture where assessment and performance rule and Reading, Writing and Mathematics are the measures of attainment and valued more highly than play?  Here are a few ideas to bear in mind as you plan play into your curriculum.

Is play a “four-letter word”?

I believe it is given lip-service and practitioners see its value but it’s seen as incompatible with driving up academic standards and we under-appreciate its long-term benefits. In her Kitcamp blog “The Right to Play”, Lyndsey-Lee Dunwoody asks incredulously ‘how has something instinctive (play) become a right we have to knowingly make time for?’  I wonder “how has something so natural, and so clearly proven to work, been relegated”.

Play must not be seen as another activity to cram in, it is the lynchpin, the process by which children learn, are engaged, motivated and thrive! As access to early education is extended to more 2- and 3-year olds in the UK2, there is the opportunity to match the style of education to the needs of the child, to use research to inform practice.  The relentless march for improvement, performance, and data has formalised education for younger and younger children. This corresponds to worrying increases in mental health problems, rising hurdles for children from disadvantaged backgrounds and plummeting teacher morale. As we strive to climb up the PISA academic performance charts are we sliding down the happiness ratings? Learning mustn’t be reduced to sitting still and learning quietly; now is the time to listen to the research, and to put the joy back into learning.  Perhaps play is the answer…